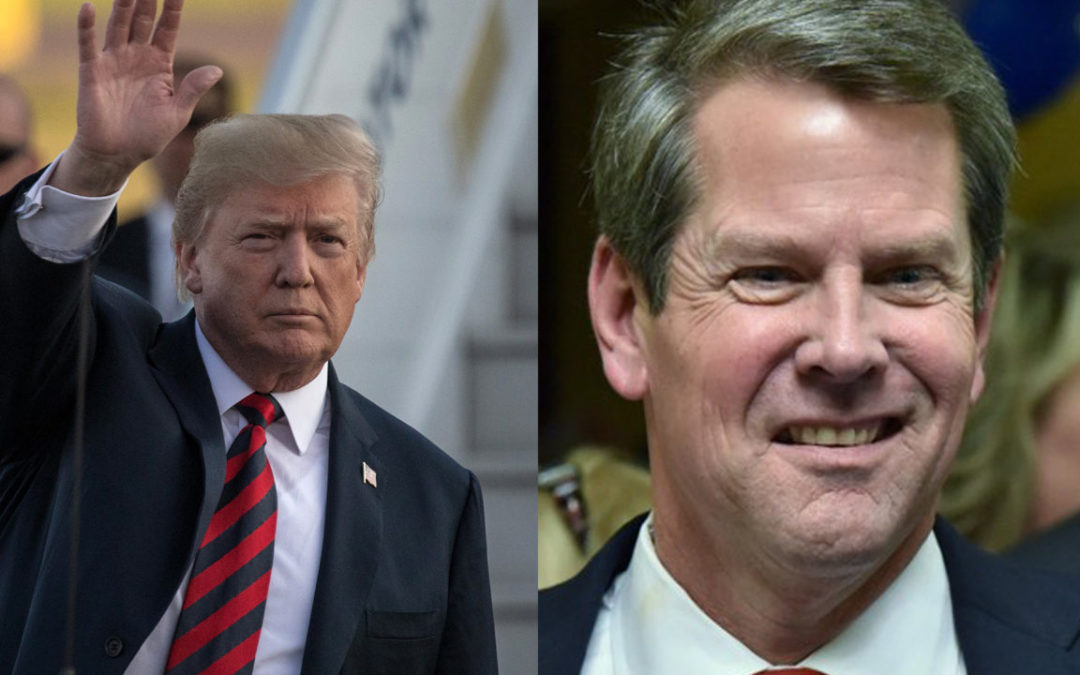 Donald TeelDonald Teel is the Founder and Editor of iVoteAmerica® and the Editor for iVoteArizona.com. He is the owner of Liberty Pamplets®, a library of short treatises. He is a commercial real estate broker, private pilot, photographer and avid reader of America's history.

On his Twitter page, the President stated, “Brian is tough on crime, strong on the border and illegal immigration. He loves our Military and our Vets and protects our Second Amendment. I give him my full and total endorsement.”

Kemp and Georgia Lieutenant Gov. Casey Cagle, his opponent, have indicated their support for Trump. Cagle placed first in the May 22 primary with 39.0% of the vote to Kemp’s 25.5%. Recent runoff polls show a neck-and-neck race.

Georgia’s primary runoff is Tuesday for those races where no candidate received a majority of the vote in the primary. Primary winners advance to the November general election.

On the ballot are Republican runoffs for governor, lieutenant governor, and secretary of state; a Democratic race for superintendent of public instruction; and eight state house runoffs.

State Sen. David Shafer (R) and state Rep. Geoff Duncan (R) are facing off in the lieutenant gubernatorial primary runoff in Georgia after Shafer narrowly missed crossing the majority threshold with 49 percent of the vote in the primary. Shafer has been endorsed by Gov. Nathan Deal (R) and former Speaker of the House Newt Gingrich (R-Ga.), while Duncan is backed by Sen. Marco Rubio (R-Fla.).-