The Libertarian Party Is Wrong on Abortion 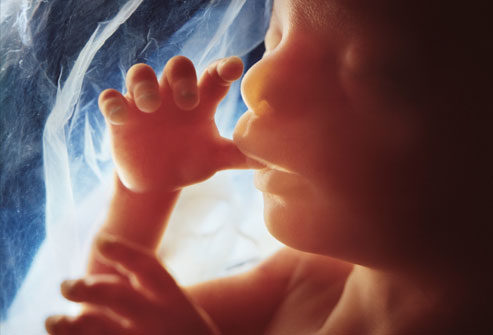 I used to hold Tomi Lahren’s view on abortion.

My previous position was: “Conservatives are hypocrites for believing in limited government but restricting a woman’s freedom to control her own body!” Like Tomi, I never considered myself a Libertarian—just a “social liberal”—, but looking back on it, my beliefs lined up fairly well with the Libertarian Party platform.

The Role of Government

The more I deepened my understanding of politics, from political philosophy to economic theory, the more I reflected on what I believed to be the role of government. I realized the Left, even the social Left, had no objective standard for what they believed it to be. To a progressive, the role of government was, simply (or, rather, complexly), whatever the guy in charge thought would best serve the “public interest” and launch the society “forward” into a vague and inconspicuous “future.”

After a year of contemplation, I came to recognize the axiomatic belief our Founders held as truth: that the role of government is to secure life and liberty.

The Libertarian Party states on its website: “Recognizing that abortion is a sensitive issue and that people can hold good-faith views on all sides, we believe that government should be kept out of the matter, leaving the question to each person for their conscientious consideration.”

In this statement, the party grasps at straws to both save itself and please both sides, to find a balance between their belief in “personal freedom” from government and the protection of life by government. What they don’t realize is, no such balance exists.

Tomi Lahren came under the scrutiny of conservatives in March this year when, after previously calling pro-choice advocates “baby killers,” she flip-flopped on her position.

Perhaps it was the pressure of being interviewed by five radical leftist hosts on The View, or perhaps Tomi never had any principle to back up her politics to begin with (which is probably the more likely). Whatever her justification, she abandoned conservatism regardless: “I can say, ‘You know what? I’m for limited government, so stay out of my guns, and you can stay out of my body as well,'” the then-Blaze host said.

I wish I could say Tomi’s stance is less common among young “conservatives” than it is, but that would be a lie. I’ve had this conversation with several college-age girls like myself, many of whom consider themselves conservative or libertarian. (In fact, someone once had this conversation with me, and although it took me months to admit it, it was the reason I changed my mind.) “I’m personally opposed to abortion, but I wouldn’t stop someone else from getting one,” we said.

But we were wrong.

If it is a life, however, then to willfully and knowingly end it is murder, and the government not only has the authority but the duty to protect it. If you believe in any kind of government at all, the protection of life is the sole justification for its existence. (Of course, all of this American founding philosophy only makes sense if you’re not a moral relativist and believe in some sort of absolute truth.)

Despite the advocates of Bill Nye’s brand of “SCIENCE!”, actual science tells us that a human fetus is a human life.

At day 22, before most women even realize they’re pregnant, the baby’s heart is pumping its own blood. At week 6, brain waves are detectable. By week 8, every organ is in place, and the baby can begin to hear. At weeks 9 and 10, it has fingernails. It can turn its head and hiccup. At weeks 11 and 12, the baby is almost fully formed. It can grasp objects in its hand. It can suck its thumb. It has a skeletal structure and nerves. At week 13, the baby’s tiny fingers have fingerprints. (I might remind you that every single human being, including an identical twin, has its own unique fingerprint.) From the moment of conception, the baby has its own DNA pattern, the same one that it carries the rest of its life.

Surely, a fetus is a life, a living organism, by the scientific definition of the word. Then becomes the question: What kind of life is a fetus born of a human? It’s not a bacteria life. It’s not a plant life. It’s not a cat life or a dog life or a horse life. What is it then?

The only logical answer is a human life.

The Freedom of the Mother

Protecting the life of an unborn child does not prohibit the personal freedom of the mother. The only “freedom” which the mother is prohibited from exercising is the “freedom” to end the life of the human in her womb.

My mantra was half-right, but at last, I found the missing piece: “I don’t care what you do with your life, as long as you don’t screw with anybody’s.”

There is no vague line painted with gray between personal freedom and the protection of life. There is a hard line of objective truth. Life and liberty are inseparable concepts. One does not exist without the other. The only way to ensure personal freedom is to protect the life of he or she who is to enjoy it.

If the role of government is as Libertarians claim to believe—to protect life and liberty—, “pro-life” should be listed at the top of their party’s platform.