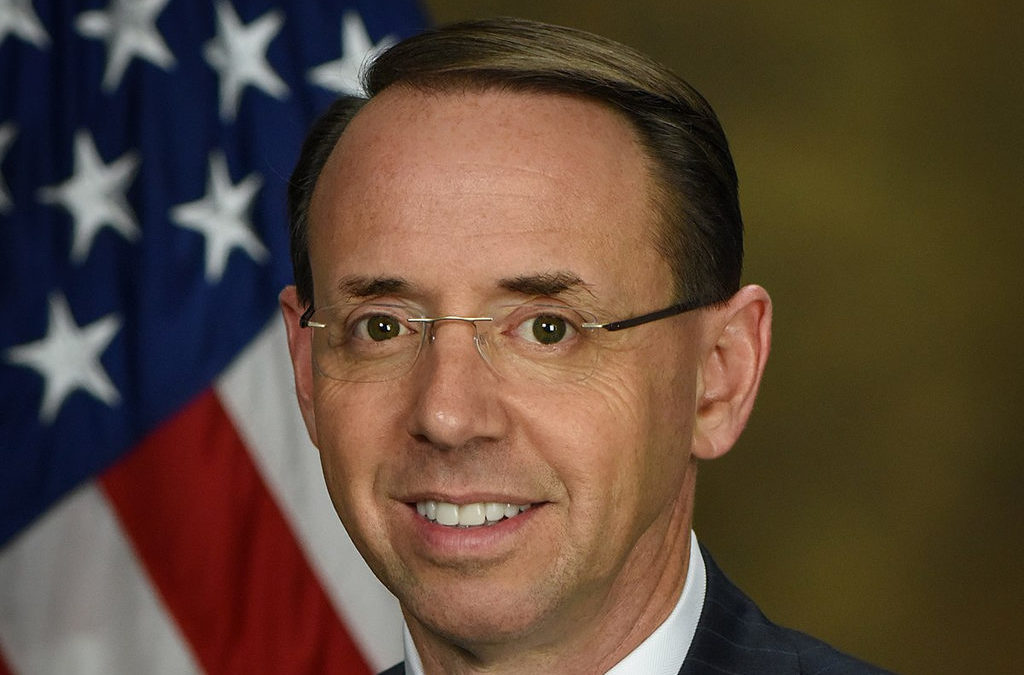 Among Mr. Rosenstein’s duties, he had the pleasure of appointing and supervising Special Counsel Robert Mueller in his duties and tasking him with getting to the bottom of the Trump-Russia collusion story.

Clouding his testimony and casting suspicion on the credibility of the DOJ and the FBI was the revelation of multiple text messages sent from Peter Strzok, a high ranking member of the Mueller investigative team, to his rumored mistress Lisa Page, a co-investigator in the probe.

In multiple email exchanges, Strzok and Page declared their hatred for Donald Trump and support of Hillary Clinton, even wishing for a 100 million to one vote in favor of Clinton in the 2016 Presidential Election.

Watching Rosenstein squirm and snort under the riveting questioning of Republicans was a historic and catastrophic blow to the credibility of the DOJ. It was not only high drama but a factual disclosure to the American people that justice has been compromised.

Despite overwhelming evidence to the contrary, Rosenstein, when asked, voiced that he saw no reason to fire Robert Mueller.

Additional grilling confronted Rosenstein about Mueller’s demotion of Bruce Ohr, for undisclosed meetings with officials from opposition research firm, Fusion GPS. It was Fusion GPS that authorized the production of the famous “Steele Dossier,” which was rife with lewd allegations about then-candidate Donald Trump and was revealed to have been funded by the Clinton campaign and the Democratic National Committee.

According to Fox News, Ohr has been called to testify before the Senate Intelligence Committee behind closed doors on Monday, December 18, 2017.

As an uncomfortable point of fact, Bruce Ohr’s wife, Nellie, was actually employed by Fusion GPS during the summer of 2016 and charged with working on the anti-Trump research.

The DOJ and FBI are tarnished departments, now lacking the trust of the American people and our elected representatives.

Are we close to judicial tyranny? Absent a seismic shift in the core integrity of the DOJ and FBI, the answer is clearly yes.

It unfathomable that our core institutions charged with maintaining integrity in the execution of justice are so polluted with bias and prejudice.

Are these key investigative agencies now political weapons for the left? Can AG Sessions and FBI Director Christopher Wray mop up the sewage that has damaged the trust of the American people?

“How blessed are those who keep justice, Who practice righteousness at all times!”  – Psalm 106:3