A Principled Conservative for Governor 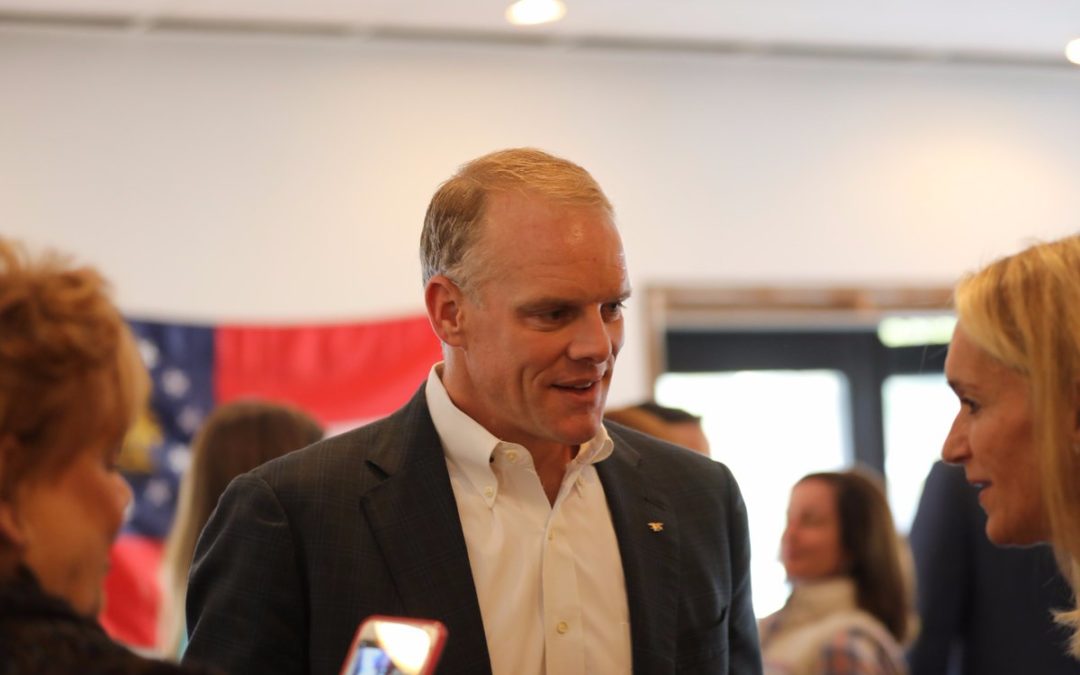 If you ask a Republican candidate for governor of Georgia how conservative he is, his response is quite predictably going to be, “Very.” But, if you ask him what it means to be a conservative, you might find him stumped.

Navy SEAL, businessman, and Atlanta native Clay Tippins is one of the few on the Georgia gubernatorial Republican primary ballot who can answer it cohesively. He has reflected on his answer throughout his life — more particularly, in college, in his faith, and in the military.

Tippins attended Stanford University on a full scholarship for swimming. He told iVoteAmerica that at Stanford, “Those of us who were [conservative] got very, very good at knowing what we believe and defending that.” In 1996, he joined the Navy SEALs. Although he left the SEALs in 2000 for the technology business, he volunteered to go to Iraq in 2015. He has a wife and two children, and he was born again into the Christian faith on March 5, 1978.

Underlying his response to every policy issue posed to him was his cohesive, conservative conviction. He prefaced every answer with his fundamental philosophy, which seemed to revolve around his belief in the existence of good and evil and, ultimately, truth.

“Let’s start with what my view of the world is,” Tippins said. “I believe true conservatives believe in a few things when it comes to people: One, they believe in bad people. In my view, a liberal mindset is that if we could just create a fair situation, where everyone was given the same, that it would resolve those problems.” Tippins said he believed that part of a conservative mindset involves acknowledging that there are bad people who must be stopped.

During his time with the SEALs, Tippins said he learned three valuable lessons that helped shape his conservative philosophy. First: “Never quit.” Second: “Never back down when it’s an issue of right and wrong.” And finally: “Don’t do just what you’re told to do. Do what you have to do to get the mission done.”

“Outcome matters. You always go in with the mindset of unconventional, whatever it takes, accomplish the mission at all costs,” he added.

Concerning his plans to fight gang crime in Georgia, Tippins told iVoteAmerica, “The very techniques we used as SEALs to identify target and take down networks of terrorists overseas, something I’ve been decorated for, is directly applicable to this situation.” According to Tippins, there are three types of gang crime: heroin rings, sex trafficking rings, MS-13 rings. All three overlap, and being able to identify the connections is key.

The ideas that stem from his business experience are linked to the ideas from his military experience. In business, he said that he learned that, usually, great successes come from the bottom, not the top. Being a SEAL, he said, “[I learned] to make decisions at the edge—at the front—based on what I saw with my eyes and go get an outcome. In business, I’ve tried to make those business outcomes.”

As Georgians, Tippins said, “We stand on the verge of challenges that we’ve never seen, in terms of our debt. What we need is a leader who, one, is competent and, two, knows how to run big things to solve hard problems and do whatever it takes.

“I’ve thought about what I believe in,” Tippins said. “I’ve got a clear set of priorities that are deeply consistent with the conservative ideology, and I’m convicted enough about that that I’m not going to play around with it.”

To Tippins, being a conservative means “that you believe in not just liberty but empowerment, that individuals have to be given the freedom experiment and fail and learn and succeed.”

Conservative leaders must be competent, honest, and principled. Without principles, a political leader is at the mercy of whoever cheers the loudest. More than that though, their principles must be distinctly conservative.

They must execute justice and strive for truth. They must be competent enough to make tough decisions in the face of evil and honest enough to admit when the fault lies with them. Most importantly of all, as Tippins wisely noted, “They have to be inherently cautious in the exercise of power.”

Tippins is currently polling at 1 percent in the Georgia Governor Republican Primary, according to RealClearPolitics.